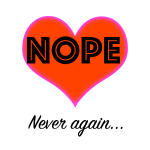 I don’t think it’s because we’re lazy even though sometimes we are. We’re procrastinating only when we see something negative in the things we do. Doing those things would lower our current state of mind and we want to keep it “high” as long as we can.

The interesting part is that we’re not keeping our state that high because only the thought that we have to do something that we don’t like lowers our current state so instead of a big drop, it’s a small steady lowering and we start doing those things, the big drop comes. And that’s normal. We’re all procrastinating from time to time.

In my opinion, procrastination doesn’t help at all. We’re only being worrying about what we have to do which has a negative impact on us. So if we’re have to feel something negative, we might as well go do that sh*t.

“Don’t put off until tomorrow what you can do today.” – Benjamin Franklin

I propose two strategies to lower the procrastination rate:

There is another strategy that Mel Robbins proposes in her book The 5 Second Rule as a way to bypass the brain’s stressful response to that particular situation and it’s as simple as it sounds. The idea is that whenever you have trouble taking an action, start counting from 5 to 1 and then just start doing it. This strategy will activate the fast acting part of the brain and it will also influence the slow acting part of the brain and this way you’ll do sh*t faster.

Whatever your strategy is to stop procrastinating, just remember that the action you want to postpone will keep manifest it’s influence over you even if you’re not doing it. The more you postpone, the harder it will be to start, but you know you can’t dodge it. So instead of procrastinating and partially ruining your time before the action itself, I suggest you go and get sh*t done!

What do you do to stop procrastinating?

11 thoughts on “Why do we keep procrastinating?”